Hudak, the OPPA, and the Politics of Policing 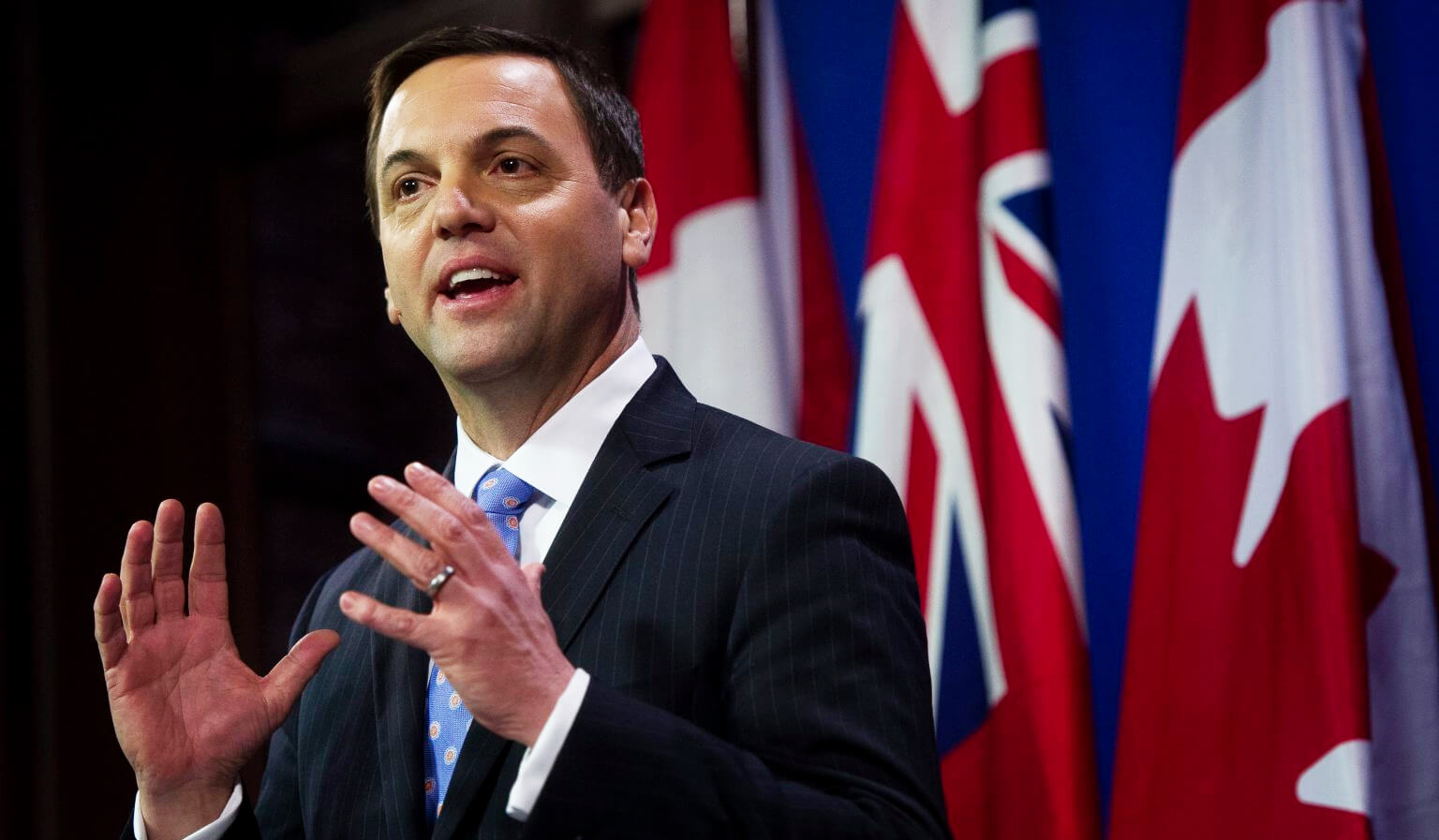 Konrad Bongard, freelance columnist for Pardon Applications of Canada, suggests recent backlash of an ad by the Ontario Provincial Police Association may be “somewhat disingenuous”, and notes that policing organizations in Ontario have shown political biases in the past.

The Ontario provincial election is now over, having restored a Liberal majority. And while many individual voters in Ontario may breathe a sigh of relief, knowing that Hudak’s pledge to eliminate 100,000 public sector jobs will likely never come to pass, perhaps the largest beneficiaries of the election result in Ontario are the unions in the province, who poured millions into ad campaigns which sought to prevent Hudak from taking power.

For the most part, the ads were run by unions that are highly political — OPSUE, OSSTF, Unifor. However, the one that generated the most controversy was by the Ontario Provincial Police Association (OPPA), the union for the provincial police.

In a recent ad, a standard montage of police activity is shown before the nameless narrator announces that the OPP is “here for you”, and goes on to pose the thought-provoking question: “Who’s Tim Hudak here for?”. Making matters worse, in the original version of the ad, the anti-Hudak sentiment was attributed to the “OPP” and not specifically the “OPPA”. (The actual Ontario provincial police force clarified that they did not support the ad).

Responses to this advert were quick, and extreme. Tim Hudak denounced it, and was characteristically unable to prevent himself from dabbling in conspiratorial speculation about OPPA-Liberal Party collusion. A Tory volunteer, Robert Stocki, helpfully posted a Facebook image which compared the OPP to Nazis. Mark Towhey, Rob Ford’s former chief of staff, declared, in a sentiment that perhaps best embodies the anti-OPPA pushback, that “there is absolutely no room for an armed force with a political opinion in any western democracy.”

What makes these responses seem somewhat disingenuous is that, for the most part, they express outrage at even the idea that a body representing police officers could have a political opinion. But any student of Ontarion political history — and one would hope that this includes the likes of Hudak and Towhey –knows that policing organizations in Ontario have always been political.

The most infamous case of collusion between the OPP and elected officials occurred in the 1940s, when the CCF leader of that time, Ted Joliffe, gave a radio speech on May 24, 1945, accusing the Conservative government of George Drew of using the OPP as a private ‘Gestapo’ to investigate opposition MPPs under the pretext of their being threats to wartime security. Joliffe’s allegations were effectively portrayed by Drew and the Ontarion media as deluded and conspiratorial, and Drew was exonerated by the LeBel commission. However, in the 1970s, archival evidence was unearthed that proved the charge, leading David Lewis to conclude that “the perpetrator of Ontario’s Watergate got away with it.”

Of course, the OPP’s activism is not restricted to the decades past.

In 2010, Julian Fantino left his position as Commissioner of the OPP to run as the federal Conservative MP for Vaughan, and in fact a large number of present or former police officers have run and serve as representatives at both the provincial and federal level for the PCPO and CPC. Given this, the strangeness of the OPPA mounting an anti-Hudak campaign was noted in CBC News by Dennis Pillon, a political science professor at York University. “The relationship between the police services, in particular the police union, and the political right in Ontario has been very tight over the last 25 years. It’s quite striking to see this,” he said. “The political right is often much more focused on law and order and that helps to increase police budgets. There’s a natural fit between the two of them.”

“What makes these responses seem somewhat disingenuous is that, for the most part, they express outrage at even the idea that a body representing police officers could have a political opinion.”

Political activism in Ontario isn’t restricted to the OPP, either. Prior to 2004, the Toronto Police Association made a regular habit of endorsing right-leaning candidates in elections, supporting Mel Lastman and John Tory for mayor as well as a slate of councilors including Rob Ford and Doug Holyday (the latter later served as PCPO MPP for Etobicoke-Lakeshore), and Ernie Eves for Premier. The RCMP, for its part, has spied on several high-profile left-leaning Ontario politicians, including Bob Rae (who first had a dossier amassed on him during his days as a student activist at the University of Toronto), and Jack Layton.

It is not strange, then, that a policing organization in Ontario staked out a political position. What is strange — given that policing organizations in Ontario typically support right-wing politicians — is that it was against, not for, Tim Hudak. Perhaps this peculiarity can be attributed to his pledge to fire large numbers of public-sector employees. Hopefully, this change will help generate broader political consensus amongst our politicians about the need to rethink the influence of policing on our political process.