Why Does Canada Support “Tough on Crime” Legislation? 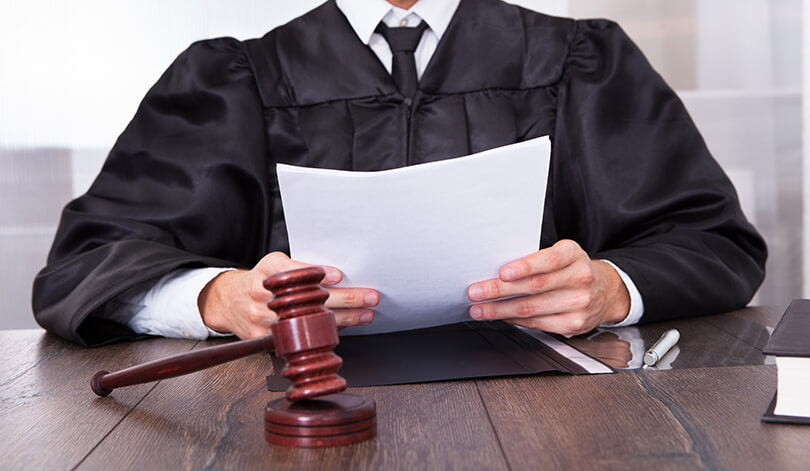 Konrad Bongard, freelance columnist for Pardon Applications of Canada, provides insight into the historical differences between common and civil law in Canada, and suggests that English Canada may do well to consider trending toward the economic and legal policies of civil law nations, including Quebec.

In 2013, a piece of bipartisan legislation known as the “Smarter Sentencing Act”, made its way through the Judiciary Committee of the United States Senate.

In a reversal of the “tough on crime” policies which since the Reagan era defined the American judicial landscape, its function is to reduce mandatory minimum sentences for drug law violations, to make retroactive the crack cocaine sentencing reforms passed in 2010, and to allow judges greater discretion in applying mandatory minimum sentences. Surprisingly, this bill, which was introduced to Congress jointly by Raul Labrador, an Iowa Republican, did not find its support solely amongst dyed in the wool Democrats. Its supporters in the Senate included Rand Paul, Mike Lee, and Ted Cruz, among other Republican stalwarts.

The strange, and recent, embrace of bipartisan correctional reform by Republican legislators has not occurred in a vacuum. Indeed, skyrocketing correctional costs (by some estimates, state and federal correctional spending increased as much as 400% from 1994-2014 from $12b to $60b — figures which seem particularly disconcerting during a protracted recession) as well as a wealth of data suggesting that the aggressive approach to incarceration adopted in the United States has not led to a substantial decline in crime compared to other western countries, have conspired to undermine the perception of the efficacy of tough on crime policies.

This is true of the public, 78% of whom according to a 2008 poll commissioned by Families Against Mandatory Minimums, agreed with the statement that the judicial system, not Congress, should have the last word on sentencing, as well as amongst prominent Conservative voices such as Rupert Murdoch, Rick Perry, and Conrad Black, all of whom have spoken out against the judicial regime in the United States.

Why then has the Harper government — which unambiguously bases many of its policy ideas on the those of the Republican Party — refused to reverse its ‘tough on crime’ judicial agenda?

Canada’s incarceration rate, while not as high as that of the United States, is nevertheless comfortably higher than most similarly developed western nations such as France or Germany. Crime is at its lowest rate since 1972, while Canadian prisons are so overcrowded with inmates (who cost, on average, upwards of $110,000/year to keep in prison) that 26% per cent of inmates are forced to double-bunk in single cells. Perhaps most damningly, a report by the Correctional Investigator of Canada Howard Sapers last year alluded to systemic racism within Correctional Services Canada (CSC). Indeed, within the judicial system at large, as virtually the entire increase of inmates in Canada during the Harper years has been comprised of people from racially-profiled communities.

Consider additionally that recidivism rates in Canada are estimated to be 50-80%. By contract, the relatively cushy prison system in Norway has recidivism rates of 30%. It’s fairly easy to see that the need for correctional and judicial reform in Canada should be obvious, regardless of one’s political disposition.

One of the fundamentally naïve aspects of most left-liberal criticism one reads of the Harper government’s approach to criminal issues is the assumption that — as elected upholders of the public trust — the Harper government actually wants to achieve results within the correctional and judicial systems that would, by most conventional standards (recidivism, correctional cost, etc.), be deemed ‘successful.’ In actuality, it is probably more instructive to perceive their motivations as relating to a number of other concerns. The most obvious of these is simply political: while most Canadians support a less authoritarian judicial and correctional regime, much of the Harper government’s base of support does not… and tacking right on these issues allows them more latitude to legislate in a less partisan fashion in other areas.

“It’s fairly easy to see that the need for correctional and judicial reform in Canada should be obvious, regardless of one’s political disposition.”

There are a few other reasons why they may favour seemingly inefficient policies on crime.

Last year, inmates in federal prisons went on strike after having the pay they receive for performing labour in prison cut by 30% under the Federal Government’s Federal Deficit Reduction Action Plan — and the average pay in prison was $3/day before the reduction. Clearly, like in the United States, the prison systems is being used as a sweatshop for cheap labour in Canada, with thousands of prisoners working enrolled in the Corcan program (this strategy is in fact nothing new: under the Second Republic in France, Louis Napoleon used prisoners as scabs and anti-riot police, and the Penal Servitude Act of 1853 in Britain made penal labour for a long time a fixture of that nation’s correctional system).

Another motivation for the current correctional and judicial system is more subtle.

As the French philosopher and prison reform crusader Michel Foucault points out in his work Discipline & Punish, the goal of the prison system from the Enlightenment onward was likely never to abolish crime per se (it’s completely counterintuitive to immerse criminals with other criminals if the goal is truly rehabilitative), but rather to organize criminals into a manageable hierarchy which paralleled the forms of organization existent in other public institutions, such as schools and hospitals.

In Canada, this approach appears to have been largely successful. While the rates of arbitrary, violent crime are generally low, Canada has historically hosted a cornucopia of criminal organizations, from pirates who plundered ships and towns off Newfoundland’s coast in the 17th and 18th centuries to Prohibition-era Italian Mafioso to Hell’s Angels. Doubtless, Canada’s economy has benefited as a result of these organizations — areas such as Guelph (where Sleeman existed historically) and the Thousand Islands region were huge economic benefactors of American Prohibition, while the drug industry in British Columbia today is often thought to be larger than its $13b forestry industry.

Why would any government (especially a fiscally-minded one) want to actually abolish crime when Canada has enriched itself so much because of it?

If Canadians want to improve their correctional and judicial regime going forward, they will have to be mindful of the alternative approaches which exist in other developed nations. However, it will be also necessary for them to understand the genuine motivations for the continuation of the ‘tough on crime’ approach which currently exists.