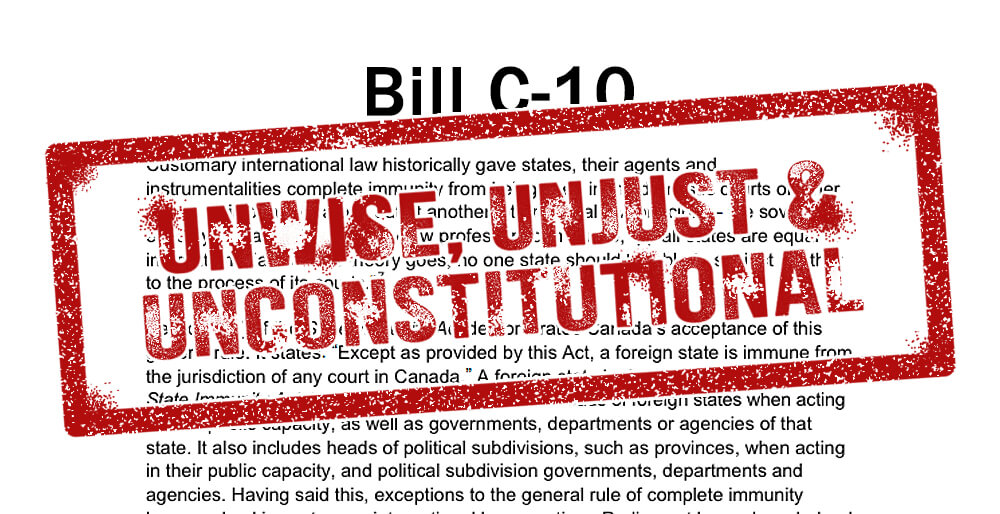 Pegah Memarpour, freelance columnist for Pardon Applications of Canada, explores the Bill C-10:  Safe Streets and Communities Act, and notes that many organizations have deemed the act as anything but safe or community focused.

Bill C-10, also known as the Safe Streets and Communities Act, has been described by many organizations, including the Canadian Civil Liberties Association (CCLA), as anything but safe or community focused.

Implemented in March 2012, the bill centered around harsher and more punitive sentences for a variety of offences. The act had been the subject of much controversy as its new amendments were in contradiction with decades of social science research.

The apprehensions regarding the Act partially stemmed from the fact that the government was executing amendments that were from nine separate bills that had previously failed to pass.

The changes to the Criminal Justice system brought on by the act included a series of new offences, new and increased mandatory minimum sentencing for a variety offences (e.g., drug offences), increased maximum penalties for the manufacturing of drugs (from 7 to 14 years), and the selective elimination of conditional sentences (e.g., house arrest) for property crimes and serious crimes. The bill also introduced increased pre-trial detention and new harsher sentencing practices for young offenders.

Additionally, the act increased wait times for individuals applying for pardons and proposed changes to eligibility for pardon applicants. With the introduction of the act, those who have been convicted of a sexual offence against a minor and those convicted of more than three indictable offences (each with a jail sentence of 2 years or longer) could no longer receive pardons.

Changes of this magnitude and extremity will, and have, had significant consequences for our justice system – which many organizations and scholars had predicted prior to its conception.

So what are the far reaching consequences of this bill two years after implementation — and what could be the consequences in the coming years?

For one, Canadians will see a significant increase in the prison population, which will be quite costly for the country. To date, it costs $110,000 Canadian dollars to house a male offender within a federal institution each year.

Secondly, with the harsher and more punitive sentencing, a greater number of individuals will be sent to federal institutions for a longer period of time. As a result, prisons will experience a radical level of overcrowding within the institutions. A problem that is already commencing within both provincial and federal facilities across the country.

High rates of overcrowding have been linked to lower levels of physical and mental health, rehabilitation, and has had negative impacts on behaviour and institutional violence.

Consequently, more prisons will be needed for both adults and youth to deal with the surge of convicted offenders.

Third, not only will Canadians see more youth and adults in custody, the new legislations will have disproportionate and devastating impacts on certain marginalized groups. These populations (e.g., the aboriginal population) are already over represented within the system. With the elimination of conditional sentencing and harsher sentencing for drug related offences, these groups will increasingly find themselves behind bars.

“Some analysts have suggested that tough on crime initiatives are politically motivated and are deemed to be attractive to voters. The over-dramatization and sensationalism of criminal cases increases public fear and anxiety. As these stories instill fear into the public, citizens become pacified by tough on crime policies advocated by the government.”

The current programs and services put in place within these institutions – that are already deemed inefficient and ineffective – will be increasingly strained. Consequently, they will be unable to meet the needs of the new prison population, in turn impacting rehabilitation.

So why did our political leaders implement an act that has been proven to fail in other countries and deemed unconstitutional by the leaders in corrections research?

Some analysts have suggested that tough on crime initiatives are politically motivated and are deemed to be attractive to voters. The over-dramatization and sensationalism of criminal cases increases public fear and anxiety. As these stories instill fear into the public, citizens become pacified by tough on crime policies advocated by the government.

Over the last few years, Canadians have witnessed several sensationalized homicides in Toronto – Canada’s media capital. The tough on crime strategies proposed by the government are, thus, recognized as an appropriate solution to a “growing” problem.

In short, Bill C-10 will only cost Canadians in the long run, as it will require more prisons, longer incarceration time for minor and non-violent offences, and make reintegration that much more difficult.