7 Myths About Crossing Over to the U.S. with a Criminal Record 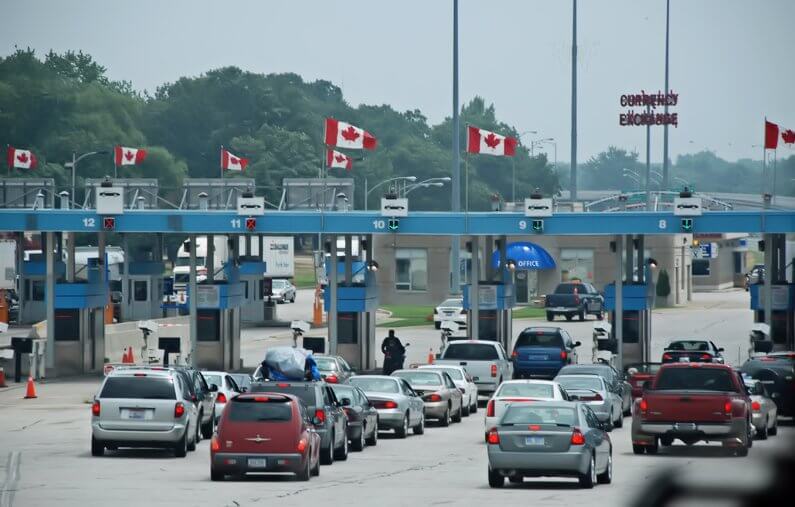 Pardon Applications of Canada explores some of the most common misconceptions about attempting to enter the United States with a criminal record.

Over the last decade or so, Canadians have experienced stricter regulations when attempting to cross the United States border.  Things have become especially difficult for travelers who hold a criminal record.

With the introduction of new legislations and policies, there are many myths and misconceptions around attempting to cross the U.S. border with a criminal record. These false notions have consequently resulted in many Canadians and residents being turned away, arrested or detained at the U.S./Canadian border.

With few exceptions, whether entering by sea, air, or land, those who hold a criminal record are not allowed to enter into the United States without a U.S. Entry Waiver.

The United States Department of Homeland Security has restricted access into the States for all non-U.S. citizens (called “foreign nationals”) who have been convicted of crimes, especially those that fall under the category of “moral turpitude”.

A misconception is that if your record does not fall under “crimes against moral turpitude” (e.g., DUI or Assault), you will not be withheld from entering the United States.

However, this is not guaranteed because U.S. border officials are given full discretionary authority over who may enter and who may not.

FACT: Border officials routinely deny entry to Canadians and residents of Canada with a criminal record, no matter what the offence.  Even those with criminal records for offences that may not appear serious can still be denied entry.

However, this still leaves many travelers unaware of whether their record falls under those categories, leading to substantial risk when attempting to enter the U.S..

FACT: Any criminal record could be denied entry into the United States.

The notion that old charges will not appear, or will not matter to Border Officers when crossing into the states, has landed many Canadians in trouble.

FACT: Even if a charge is 40 years old or more, individuals may still be denied entry into the U.S.  Regardless of whether the charges seem dated, or a person’s record has been clean for decades, Border Officers can deny access to anyone.

Some travelers have crossed over to the U.S. with a criminal record on many occasions and have yet to be denied entry.  This has lead individuals to believe they will not have any issues in the future.

FACT:  The notion that you will be fine because you have not yet been denied entry into the U.S., in spite of your criminal record, is completely false.  Often, Border Officers will do secondary screening on non-U.S. citizens attempting to enter. This is where your criminal history will appear, and at this point you may be denied entry, barred, or detained.

Myth#5:  “My Charges were Withdrawn.  So I don’t have a Criminal Record”.

One issue that has caused many Canadians issues at the border when attempting to enter the U.S. is the fact that withdrawn charges, a discharge, or a stay of proceedings, will still appear on a criminal record.

FACT:  Even individuals who have not technically been convicted may still experiencing issues when attempting to cross over to the U.S.

Myth#6:  “I Doubt the Border Officers Will See My Record”.

The United States Border Officials have access to the CPIC database, which holds all Canadian criminal records. The Border Officers may access your record within CPIC by simply entering your name and date of birth.

Even those who have been previously Pardoned are not in the clear.

FACT:  Once Border Officers have pulled up your criminal record, they have the ability to see your convictions, sentencing, and any non-conviction charges.  They also have the ability to save the file within their own database, meaning that they may access it if you attempt to cross into the U.S. again from any port of entry – even if/after you’ve been pardoned.

Myth#7:  “A Pardon Will Guarantee My Freedom to the U.S.”

Obtaining a Canadian Pardon (Record Suspension) is a valuable and important step for all Canadians and residents with a criminal record, however, the U.S. does not recognize foreign pardons as grounds for entering their country.

FACT:  A Pardon will not guarantee your legal entry into the United States.  These uncertainties and myths should persuade many Canadians with a record to apply for a U.S. entry Waiver before making any plans to visit the U.S.

It’s Not Worth the Gamble

Taking chances with U.S. Border Officials when attempting to enter the U.S. without a valid Waiver could put an end to any planned vacations, cause extreme embarrassment, or even result in you being detained in U.S. custody.

Taking the time to apply for a U.S. waiver in advance, and crossing into the states with the proper documentation can save travelers from being denied, arrested, detained or worse.