3 Important Benefits of a Canadian Pardon 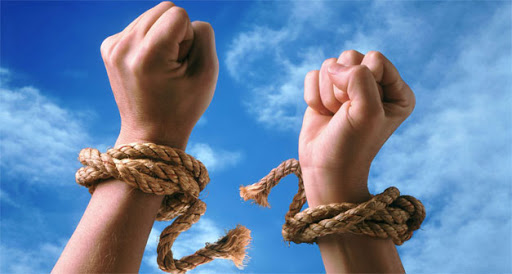 Obtaining and living with a criminal record is a topic that should never be taken lightly!

After all, when an individual has a criminal record, it means that they’ve been accused or convicted of an offense, which has been deemed serious enough for a judge or jury to condemn them to carry a record of that crime for the rest of their life.

But not all crimes are created equal, and just because an individual has been convicted of a crime in the past, it doesn’t mean they’re a hardened criminal, dead set on a life of crime.

In fact, according to the Canadian House Of Commons, out of nearly half a million Pardons and Record Suspensions that have been granted in Canada since the 1970s, 95% of them have never been re-opened to convict the individual of another crime. In other words, most Canadians convicted of a crime go on to live out the rest of their lives without ever being convicted of another crime.

However, holding a criminal record, even if the individual has completely reformed their life and no longer breaks the law in any way, shape, or form, can have devastating, life changing consequences.

Let’s look at just a few of these benefits that come with being granted a Pardon in Canada.

Whether a person has been convicted of a summary (less serious) or indictable (more serious) offence, holding a criminal record can often put a damper on their ability to find employment.

In the past, record checks were mostly only performed for employees working in finance, security, childcare, etc. But today, employers in virtually all fields of employment run criminal background checks on their potential employees before hiring them.

When you’re Pardoned in Canada, your criminal record will no longer show up during employment checks. In turn, this offers Canadians much better opportunities to find employment in the fields they want to work in.

When convicted of a criminal offense, an individual’s record may limit their ability to travel into foreign countries.

Each country has their own admissibility requirements, but in general, obtaining a Canadian Pardon is a reformative step that is looked at positively by countries around the world.

The United States is one of the potential exceptions. Even if you do have a Pardon, your admissibility into the U.S. could be at risk. For example, if a U.S. Customs & Border Protection (CBP) Officer were to ask you if you’ve ever been criminally charged or fingerprinted, you would be obliged to answer honestly whether Pardoned or not.  And that honest answer could make you inadmissible to the U.S.  Additionally, no one in Canada can say with certainty the exact information available to U.S. Custom Officers when you try to cross the border.  For these reasons, it is advisable to see if you qualify for a U.S. Waiver if you don’t wish to leave your admissibility to chance when seeking to cross the border.

Overall, while not guaranteed, being pardoned can make it easier to travel, whether that be for work or for leisure.

As harsh as it can seem, landlords usually run criminal record checks on potential tenants before approving them.

In other words, if a person has a criminal record, they’re likely to have trouble finding adequate housing either for themselves or for their families.

Once a Canadian Pardon has been granted, landlords will no longer be able to see this information when a person applies for tenancy.

The Benefits of Being Granted a Canadian Pardon

Whether it’s causing difficulties traveling, finding employment, or preventing landlords from approving housing applications, the harsh reality is that holding a criminal record can have permanent, devastating consequences for some individuals in Canada.

In the end, there is one main dual-benefit that comes from being granted a Canadian Pardon. First, the individual being granted a Pardon is given the opportunity and freedom to move on with their life. And secondly, society realizes the benefit of motivating its citizens to maintain good conduct in the future since over 95% of Pardoned individuals do not reoffend.