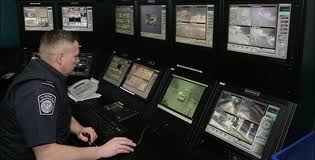 Hopeful travellers attempting to cross the U.S. border this Labour Day weekend with a criminal record could face detainment, denial of entry or worse, says CEO of Pardon & Waiver firm

OTTAWA, ON  – Canadian travellers with a criminal record who attempt to cross the U.S. border this long-weekend may be subject to detainment, denial of entry, arrest, or even loss of property, an Ottawa based firm who completes Pardon & Waiver applications warned Thursday.

“You should expect problems trying to cross the border or pass through U.S. Customs with a criminal record”, said Chris Heringer, CEO of Pardon Applications of Canada.  “Many think they’ll sneak through, or that they won’t have a problem because they were lucky previously – but you’re taking a big risk”, he said.

That’s because in Canada, details of an individual’s criminal record are stored on the police’s central database known as the Canadian Police Information Centre, or “CPIC”.  And the CPIC is directly interfaced with the United States National Crime Information Centre.  Thus, there’s a good chance that an aspiring traveller’s criminal record will at least inhibit them from crossing, if not worse.

According to the Department of Homeland Security’s website, a non-U.S. citizen attempting to enter the U.S. with any criminal record could be detained in a holding facility until a Customs Officer reviews their admissibility.  In many cases, the individual will be released after 4-8 hours, denied entry, and issued a  firm warning.  In more severe cases, the individual could be arrested or even have property in their possession confiscated, such as a vehicle.

“Usually they’ll start with questions to see if you’re honest”, said Heringer, when asked to explain how Customs Officers deal with a Canadian who has a criminal record.  “And of course, you’ve got to be truthful.  Lying about your record will only get you into more trouble”, he added.

But Heringer noted that there is a solution.  Those who want to ensure their legal entry into the U.S. can submit an application for an entry Waiver, also known as an I-192 or just “Waiver”.  Once approved, advance permission to enter the U.S. is granted to the applicant for a period of time from 1-5 years.  A valid Passport also remains a requirement.

The Waiver process, however, can be daunting.  Among other requirements, the applicant is required to obtain certified records from police and courts.

“Applicants can either attempt the Waiver process on their own, retain a lawyer, or use an accredited service who specializes in the process”, said Heringer, who co-founded Pardon Applications of Canada in 2011.  The company’s website (www.pardonapplications.com) offers a free, confidential email qualification report for an applicant to see if a Waiver is required.

Some Canadians believe because they’ve been previously issued a pardon (record suspension) or because they’ve entered the U.S. successfully in the past that they’ll simply be waived through no-questions asked.

Heringer was quick to dismiss those misconceptions.

“Getting a pardon is an important rehabilitation step for Canadians with a criminal record, but it doesn’t guarantee you travel freedom to the U.S.   And with respect to those that have crossed before with their record, well, that’s like saying it’s ok to speed because you got away with it”.