What the Trailer Park Boys Can Teach us About Marijuana Legalization 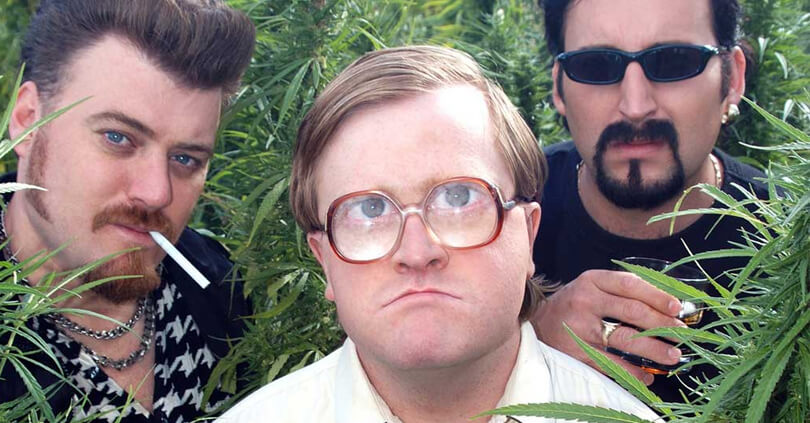 Konrad Bongard, freelance columnist for Pardon Applications of Canada, explains how the Trailer Park Boys and other recent movies are adding fuel to the fire of the marijuana legalization debate.

In the past year, the legal status of marijuana has become a pressing issue in Canada. On the heels of Justin Trudeau’s legalization proposal (an about-face, considering his parliamentary support of mandatory minimum sentences for marijuana growers 5 years ago), as well as its recent legalization in Colorado and Washington, it now appears the 2014 election may represent the tipping point in the reassessment of Canada’s drug policies.

Given this, it is not surprising to see marijuana legalization being broadly debated across Canada.

Just in the last few days, Canadians have flooded the streets of major cities to protest existing legal sanctions on marijuana (an event which received coverage even in the Russian media outlet, RT). The B.C. Pain Society introduced marijuana dispensing vending machines. And CEN Biotech announced that it was readying the world’s “largest and most advanced” legal marijuana production facility in the world in Ontario.

Even recent movies are fuelling the debate. Kid Canabis (about an Idaho teen dropout who constructs a multimillion-dollar marijuana ring by trafficking drugs through the woods across the Canadian border) and Trailer Park Boys: Don’t Legalize It (about the Nova Scotian criminal threesome’s attempts to stop the Canadian government from legalizing marijuana) have also played in various theatres.

As peculiar as it may sound, if one wants to understand the current state of the marijuana debate in Canada, it may be instructive to look at the new Trailer Park Boys film.   While often dismissed as mere slapstick, Trailer Park Boys has always had a palpably political dimension. Any fan of the show remembers the scene in Season 3, Episode 3 where, charged with stealing gas and reselling it with illicit “hair perm” coupons, Ricky (who’s hardly able to form a sentence without swearing or smoking) protests to the liberal judge presiding over the case that “Look, I can’t speak without swearing. And I’ve only got my Grade 10. And I haven’t had a cigarette since I’ve been arrested, and I’m ready to ****ing snap. So I’d like to make a request under the People’s Freedom of Choices and Voices Act that I be able to smoke and swear in your courtroom.”

The judge grants the request, but what’s interesting about this scene is how it portrays Ricky’s seemingly inane request as, in a way, entirely fair. Because of his upbringing, it’s undeniably true that Ricky would be unable to represent himself without smoking and swearing — both ‘lower-class’ traits, from a sociological standpoint. In this case, in a reversal of the tough-on-crime posture so pervasive in Canada politically, the show actually has the audience rooting for the boys, and against the humourless prosecutor who’s trying to have them convicted.

“As peculiar as it may sound, if one wants to understand the current state of the marijuana debate in Canada, it may be instructive to look at the new Trailer Park Boys film.”

There’s more evidence of a subtle political bent in the show, too. John Dunsworth, who plays the infamous Mr. Lahey, has been a long-time supporter and candidate of the Nova Scotia NDP (a film about his 1988 candidacy was made, titled John Dunsworth: The Candidate), and in 2011 did a politically-charged interview with the Huffington Post in which he criticized the Liberal Party of Canada and the state of American politics. Also interesting to note is that, in 2008, the Conservative government tried to pass Bill C-10, with Trailer Park Boys in particular being cited as a program which would likely have its federal support withdrawn if the bill passed on the grounds that it would be deemed ‘offensive’ (Bill C-10 was abandoned in October of that year). Of course, given the presence of dozens of RV parks in the Greater Halifax Area, where Trailer Park Boys is set, and the fact that the city has one of the highest rates of firearm-related violence in Canada, it is worth posing the question of whether the content of the show is more an exaggerated portrayal of social reality than mere slapstick.

The new Trailer Park Boys movie, Don’t Legalize It, represents an evolution of these political postures. The show, once content to put its politics on the backburner, has for the first time foregrounded them. And the issue at stake here is marijuana legalization — specifically, of the type proposed by Justin Trudeau.

“By showing the way that a marijuana license can be procured by an individual like Ricky, it also skewers the idea of decentralized marijuana distribution — an approach that Justin Trudeau has in fact championed.”

Without rehashing the entire plot, the main thrust of it involves the boys traveling to Ottawa, with the goal of lobbying the federal government to not legalize marijuana on the grounds that it would deprive drug dealers of their livelihood. In the film’s climax, Ricky threatens in a speech made on Parliament Hill to “sue the government radioactively” for all the times he’s been put in jail, should marijuana legalization be achieved. Ricky is spirited away by security, but shortly thereafter meets a lawyer who sets him up with a marijuana license, in turn guaranteeing an inexhaustible, and secure, permanent income.

One has to ask the question of the film’s convictions: if marijuana legalization is apt to put a criminal like Ricky out of business, doesn’t that make it good policy?

Certainly, Mike Clattenburg’s script seems to view legalization of pot as a good move for the government. But it goes further than this, even. By showing the way that a marijuana license can be procured by an individual like Ricky, it also skewers the idea of decentralized marijuana distribution — an approach that Justin Trudeau has in fact championed. As the advisor to Washington state Mark Kleiman said in a recent interview with Sun News, “If an addictive commodity is to be provided, the provider ought to be someone who doesn’t have a financial incentive to induce consumers to use it addictively. That is the case for either not-for-profit suppliers or a state monopoly. The notion that the state should keep its own hands clean by what is sure to be ineffective regulation rather than becoming a direct provider makes no sense (whatsoever) to me.”

From Elvis Gratton to Canadian Bacon to Trailer Park Boys, it is ironic that in Canada often our most political films are the ones that are deemed the most lowbrow. Hopefully, both Canadian politicians and the public will be open to taking their cues from Don’t Legalize It, a film which is against all odds on the cutting edge of an important issue, rather than dismissing it as apolitical entertainment.