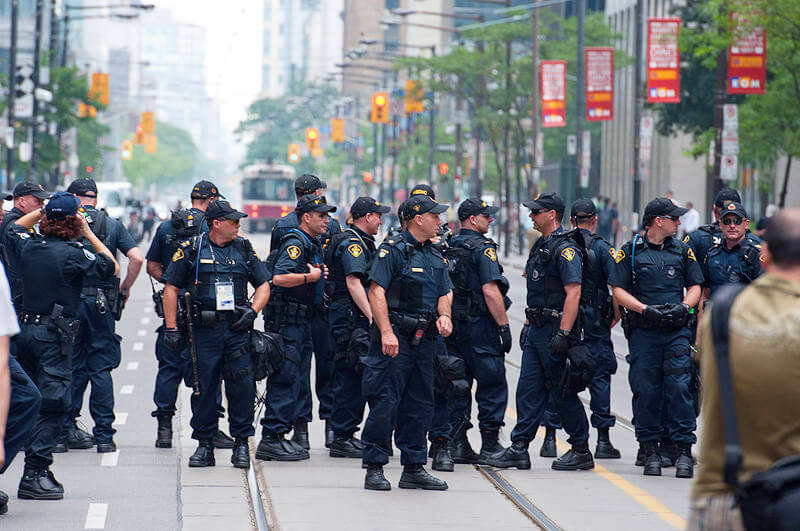 Every now and then, when you’re driving in your car and all seems safe and clear, do you like to step on the gas pedal, just for a little rush of speed and excitement? If you do, you are probably amazed at how often that simple act seems to make a police car suddenly appear on the road ahead or in your rear-view mirror.

This ‘phenomenon’ makes some drivers wonder if Canada has too many police officers.

And they wouldn’t be the first to think of ‘police state’ and ‘Canada’ at the same time. Noted author and journalist, George Jonas, first wrote about the idea over 40 years ago following the establishment of the Human Rights Commission. He wrote about it again most recently on May 17th, 2014, in an article published in the National Post

Jonas makes the argument that newly minted rights, like those defended by the Human Rights Commission, very often step on older, more conventional rights and freedoms.

While Jonas’ position is debatable, especially if your definition of ‘police state’ is ‘repressive government control, surveillance and suppression’, we thought we’d see if all those drivers out there are right about there being ‘cops everywhere’. Here’s a look at the numbers:

Numbers of Police – Around the World and at Home

(OK, Vatican City and countries like it are an exception due to their size and composition. The highest ratio of police in a country with more than 100,000 people? Brunei: 1,076)

What can we conclude from these numbers?

First, PEI seems to have a shrinking need for police while Manitoba bulks up on law enforcement.

Second, and most importantly, considering how relatively small in number they are compared to other countries, Canada’s police forces are doing a good job of keeping our crime rates down and ensuring that we live in one of the safest countries of the world.