Are Sexual and Violent Offenders Slipping Through the Cracks? 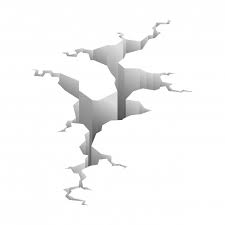 Are Sexual and Violent Offenders Slipping Through the Cracks?

Since 1972, criminal records in Canada have been stored by a division of the RCMP known as the Canadian Police Information Centre or “CPIC” for short. CPIC is a database of all recorded criminal convictions and non-conviction charges in the country, which have not been granted a Pardon (record suspension).

However, even when a record suspension is granted, an individual’s criminal charges are never fully erased from their record. Instead, they are removed from the publicly visible portion of the CPIC database and placed into a separate area that is not accessible via a normal criminal record check. Therefore, record suspensions are designed to give reformed individuals a second chance at living a life free of the stigma associated with their past criminal actions.

This might leave some wondering if individuals who’ve committed dangerous, violent, or sexual crimes in the past are able to slip through the cracks of the legal system, finding employment or going unnoticed in vulnerable sectors of industry, despite being convicted of such serious offences.

According to some public officials, as well as the RCMP, it is, disturbingly, quite possible.

Canadians rely on criminal record checks to ensure that individuals they interact with, whether personally or professionally, have a history of criminal activity which could put them at risk.

Independent Sen. Kim Pate, however, believes that background checks are not a catch-all way of preventing criminal offenders from working their way into the system. This leaves potential employers, especially in vulnerable sectors, at risk of dealing with dangerous individuals.

According to Pate, “The majority of people who have committed offenses, whether it’s sexual offenses or others, are in fact not even sometimes reported, certainly not prosecuted.”
Pate appears to be suggesting that criminal law in Canada needs a far more robust procedure for convicting dangerous, sexual, or otherwise violent offenders in order to keep them from slipping through the cracks of the system.

However, as a result of the changes, there have been far fewer criminal record disclosures made under Trudeau’s Liberal government.

Since B-C66 was enacted, however, there have been at least three instances where the RCMP has brought information to the attention of the Ministry relating to dangerous offenders whose records would otherwise not have been disclosed during public record checks.

Despite bringing the issue to light, the RCMP and Public Safety have not disclosed any further information on these three cases other than stating that “undeniably, these offenses are disturbing, and this information is important to have in assessing [vulnerable sector] disclosure requests”.

Should 100% of Violent and Sexual Offences be Disclosed in Criminal Record Checks?

The Criminals Records Act and many of its amendments, such as Bill C-66, are designed with public safety in mind while also giving Canadians a second chance to reform themselves from their past criminal mistakes.

While individuals who truly have reformed themselves deserve a second chance, it’s also true that amendments to the Criminal Records Act, including Bill C-66, make it easier for individuals with criminal records to find employment in vulnerable industries.

For now, the debate continues as to whether Senator Kim Pate’s assessment that “criminal record checks are not catch-all” should cause alarm for everyday Canadians and residents.